Stockholm is the capital and largest city of Sweden, with nearly 2 million inhabitants within its vicinity. The city was founded in the year 1252 and consists of 14 islands and is stunningly located in between the lake Mälaren and the Baltic Sea. Stockholm is a cosmopolitan place with both classical and modern architecture, and a captivating Old Town, Gamla Stan, one of Europe’s largest and best-preserved medieval city centers.

Whatever the mood you are in, Stockholm can provide for, as for example; royal magnificence, the world’s longest art gallery in the Metro, Swedish cuisine, outdoor as well as indoor museums, churches, palaces, events performed live either indoors or outdoors. Sweden is internationally known for its design, and Stockholm has many stores where you can find Swedish-designed clothes, textiles and interior decoration items. 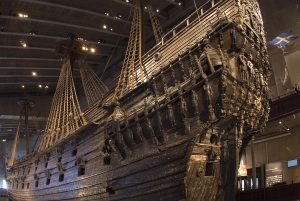 Over 30% of the city area is made up of waterways, and another 30% is made up of green areas. There are plenty of parks, recreational areas, bridges and marinas. The water is in fact so clean that you can catch salmon or take a swim in the middle of the city, just a few minutes walk from the city center. If you have a day to spare, don’t miss taking a boat trip to the Stockholm archipelago with some 24,000 islands and islets just outside the city. 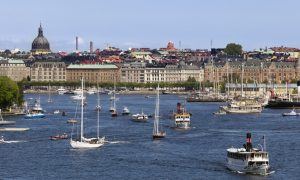 More information can be found at Visit Stockholm.